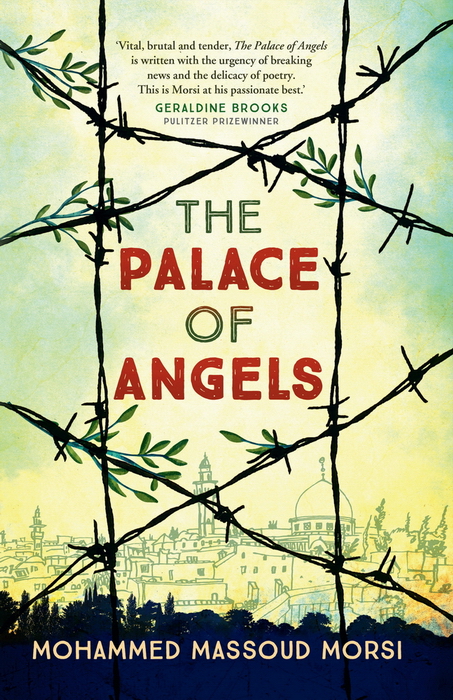 The Palace of Angels – Coming Soon!

It’s been an extremely busy and eventful last six months. Those who know me are well aware that I spend most of my time away from social media and poke my head up from time to time. This post is not a discussion about the pros and cons but simply an update of what I’ve been up to, especially keeping in mind the forthcoming September release (1st September 2019) of the trilogy of novels: The Palace of Angels – pre-orders are already being shipped out to customers world-wide so make sure you get your copy!

However before I go into the news about The Palace of Angels, which has taken most of my time, I’d like to write a few words about some of the incredible people that have come across my path.
In March I visited the Margaret River Public Library and gave a talk titled Living In The Strange. But it was also an opportunity to stay with some very beautiful people who opened up their home to me and Zaki. Thank you Melanie, Simon, Seth and Hugh for having us at your incredible home built to feel as if you’re outside while still being inside!
I gave a great talk at The Margaret River High School in conjunction with a talk at the Margaret River Library in the centre of town.
I’ve also been giving talks at libraries around Perth and was also on my way to Karratha when flights jumped to almost a thousand dollars return overnight, breaking every budget in the book. We’re hoping to get that happening though, very soon!
I was also at Lesmurdie Library where so many fantastic people turned up and there are talks scheduled for Nedlands and Rockingham libraries, so keep your eyes on the upcoming section!

The cover of The Palace of Angels is smashing, thank you Debra Billson and the fantastic Palestinian/Israeli artists that have contributed to the cover. The book has been so well received with praise from near and far. In Australia, Randa Abdel-Fattah wrote recently:

“I did not think my heart could both break and soar any more over my father’s homeland. I did not think I had more tears or laughter. And yet Mohammed Massoud Morsi’s The Palace of Angels took me by surprise. It moved me deeply, reminding me of the power of story-telling to reveal how living under occupation packages the absurd and the tragic, despair and compassion, into individual and collective lives. Morsi is a tremendous story-teller who pulls off this ambitious, big work because he pays attention to the details, treating his characters with tenderness even at the moments when the reader thinks they least deserve it. This is a book to be read and re-read.”

In the coming weeks, the Wild Dingo Press team and myself will be creating as big a buzz around The Palace of Angels as possible, posting reviews from authors and media, and also announcing who will be launching the book in Perth and possible on the east coast later on this year! 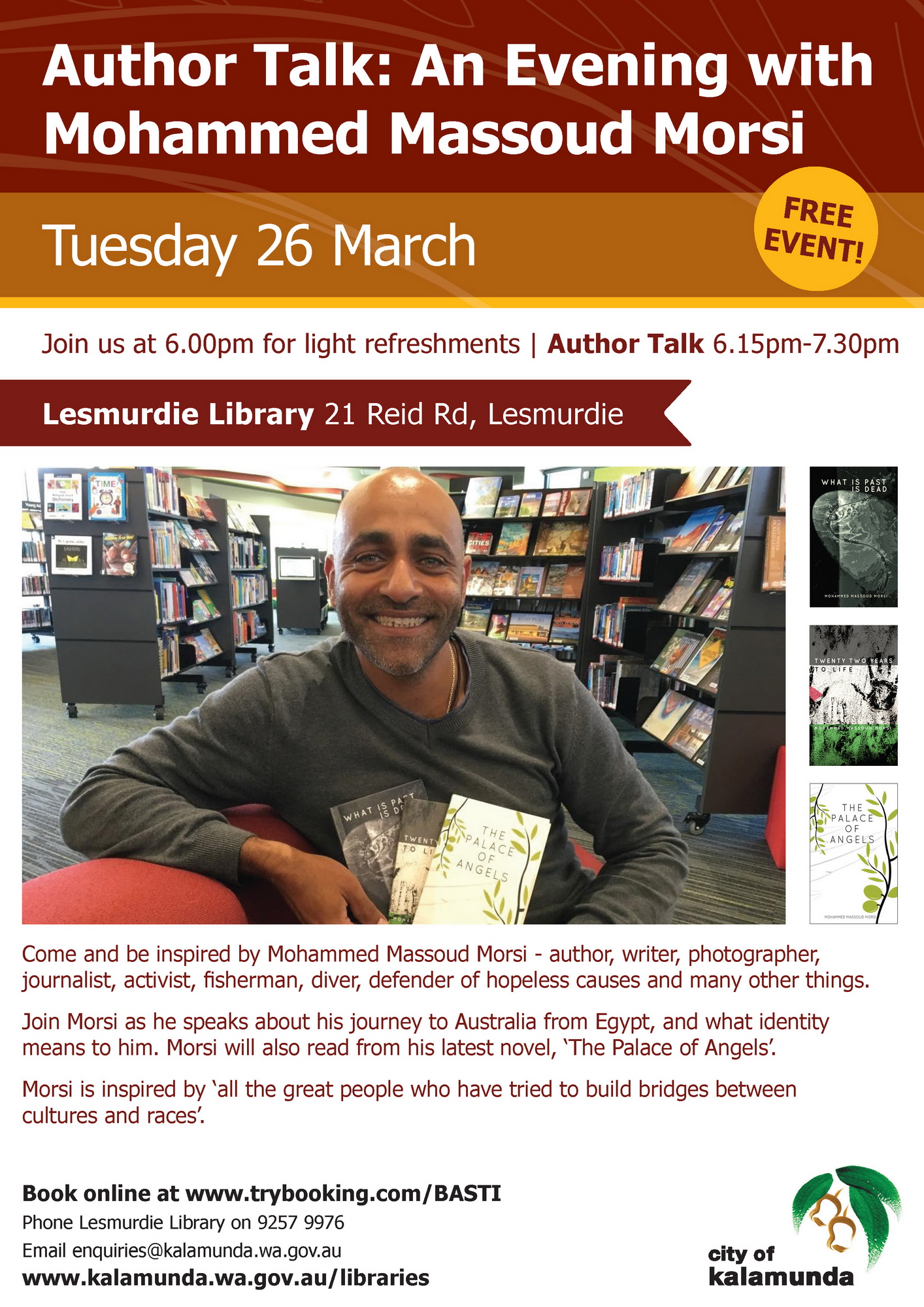 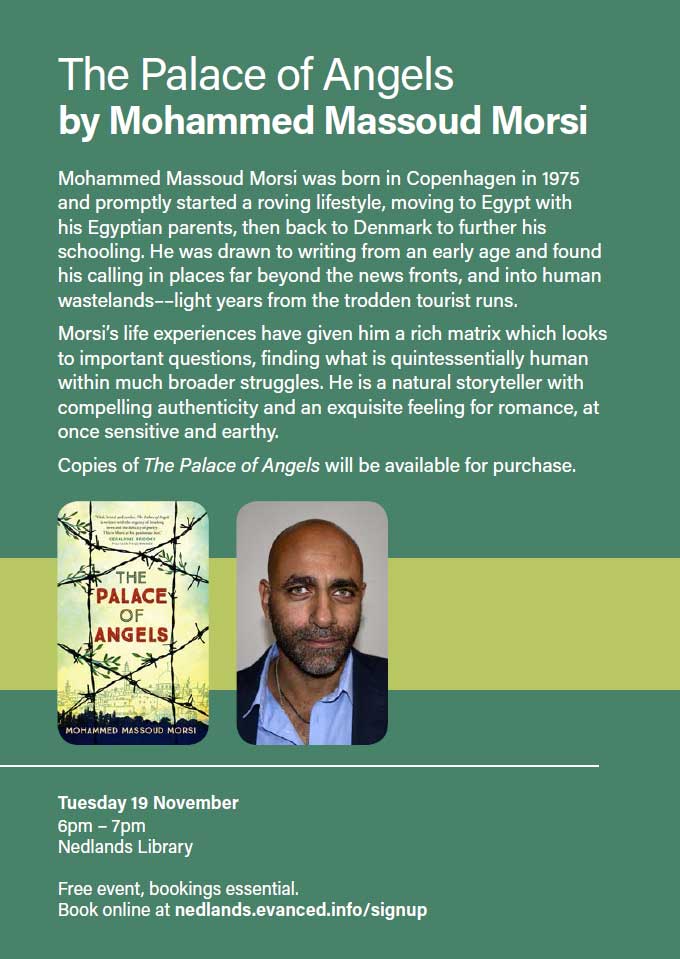