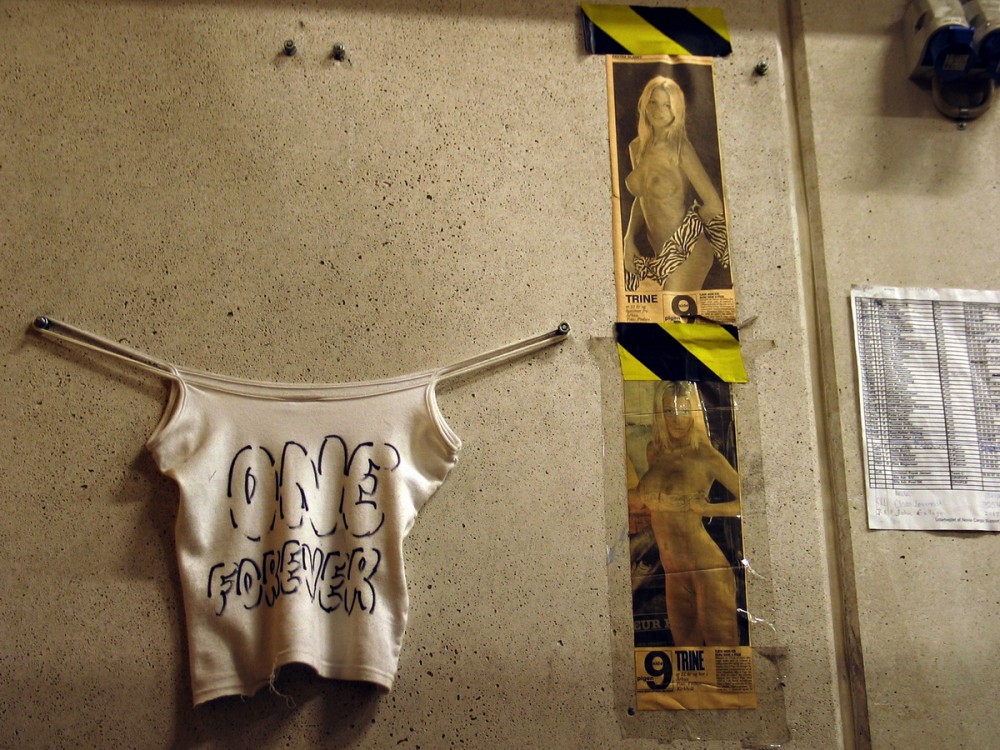 PICTURE OF A PEANUT GALLERY

At the front of the house, an arrow, drawn on a piece of paper, pointed visitors to follow a paved path with short bushy plants on both sides. Small rice lamps in splendid colours hung all the way, past two cars under a spot lit carport. An open gate welcomed them to the back of the house, where soft music was playing. Up against a high rustic brick wall, a grand barbecue with a steel lid was surrounded by a big group of people in tiny circles, most of them with a drink in their hand. The woman and the foreigner with her, made their way there. Other smaller groups were scattered under deliberately dimmed lights in the cavernous garden. The foreigner took the drinks they had brought along and put them in a tub where they floated in ice alongside the drinks of other people.

“What would you like to drink?” The foreigner asked.

“I’ll have an apple cider, ta. Find me a cold one please.” The woman said.

The foreigner moved his hand around the icy water, touching bottles of cider until he felt a cold one and handed it to the woman.

Everyone was talking. A continuous mooing, only broken by occasional squeals like “Jesus!” and “Oh my God!” The foreigner extended his hand and said his name to those who interrupted their conversations briefly, and looked at him. He stood there for a while, smelling the fat of the bacon wrapped sausages burning, as it dripped onto the flames.

The woman walked over to a couple standing on their own and hugged them, almost without touching. She turned around and signalled the foreigner to join them. As soon as he had greeted the couple, the women turned to each other and started talking. The foreigner and the man glanced at each other.

“I am driving.” Said the foreigner and faced the big group of people.

They were shoulder to shoulder, in small flocks, moving in a leg-cuffed pace around each other. Men took turns attending to the food, with a hiss slithering out, each time they opened and closed the steel lid.

“Doesn’t that look like a peanut gallery?” Asked the foreigner. Being an avid photographer, he always had his camera ready. Using only his right hand, he placed it in front of his right eye and took a picture.

“What’s a peanut gallery?” Asked the man. “I don’t think I’ve ever heard of that.”

“Probably not.” Said the foreigner, still looking through the viewfinder.

“Why do you say that?” Asked the man.

The foreigner removed the camera from his eye and kept looking at the people.

“Never mind, maybe it doesn’t really look like a peanut gallery.” He said. “There’s a lot of people over there and they just made me think of one.”

“You just told me! Sorry mate!” The man said.

The foreigner smiled at the man, to let him know it was fine.

“So… I’ve heard things aren’t that great back home.” Said the man.

The foreigner watched the big group of people. What were they all doing? Standing and talking, sitting and talking, talking and talking. There was no dancing, no playing, no cards being shuffled, nothing. Just the drooping, dawdling and drinking of daftly named niche brewery drinks. Something needed to happen.

“Yes, something needs to happen.” Said the foreigner.

“Do you think there will be another revolution?” Asked the man.

“It’ll explode if another guy like Morsi, no offense mate, comes to power again.” Said the man.

“None taken.” Said the foreigner. “Why is that?”

“It’ll just throw the country back to the stone age.” Said the man.

“What makes you think so?” Asked the foreigner.

“Well… Just look at what they are doing in Syria. They’re crazy!” Said the man.

“Who is crazy?” Asked the foreigner. “I am not sure I understand.”

The foreigner looked at the big group of people once more. Something definitely needed to happen. The overthrowing of someone, a minister, a president, a king. We should be demonstrating, starting revolutions and we should all get naked! We’d look in each other’s eyes, and we’d be dancing and playing. It would make sense, it would justify everything.

“It looks like the food is ready.” Said the foreigner.

The foreigner followed him and right behind him, the two women. The man grabbed a beer from the icy tub, which he opened with a twist that seemed to appease him. After he’d taken a substantial gulp, he looked at the bottle with a smile and sighed “Ahh…”

“What can I get you?” The foreigner asked the woman.

“I’ll have one of those wrapped ones, babe, ta!” She said in a brief intermission from talking to the other woman.

The foreigner took a paper plate and dressed it up with the sausage, a vivid salad and reasonably fat, gleaming prawns.

“Not bad for a good Muslim!” Said the man, as he saw the plate.

“Thank you.” Said the foreigner and wielded a short pulling of his lips.

“Mate, I knew you were all right…” Said the man and sent the foreigner a wink.

The foreigner handed the woman the plate, who returned him a small kiss on his lips.

“Are you all right love?” She asked.

The foreigner looked around himself. How dare we gather like this? How dare I stand here without starting a revolution, without getting naked? I will not waste this. I should start, in fact, I will start. Right here. Right now. 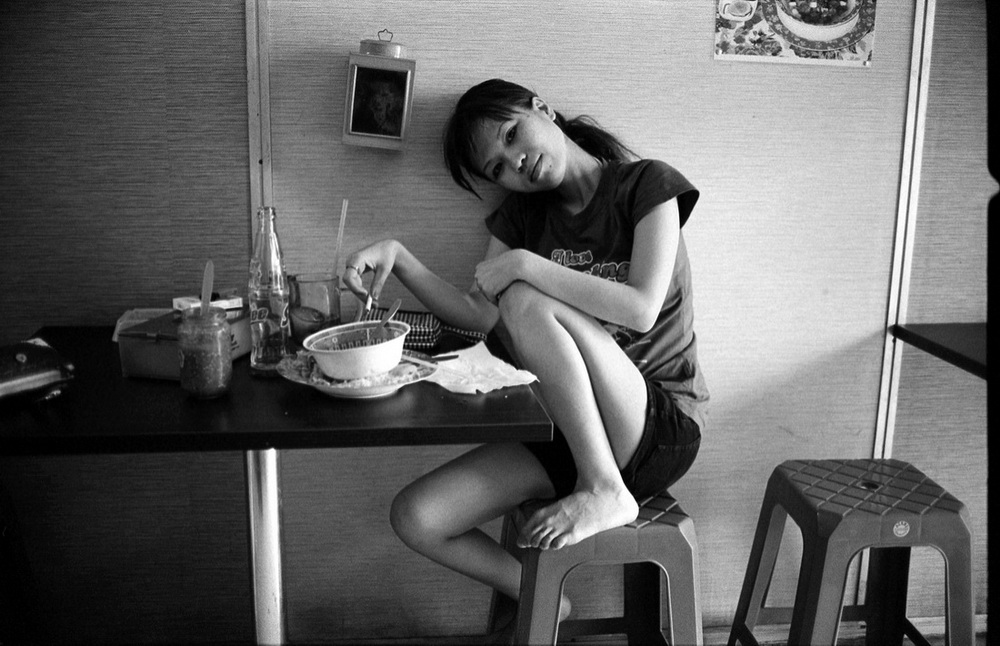 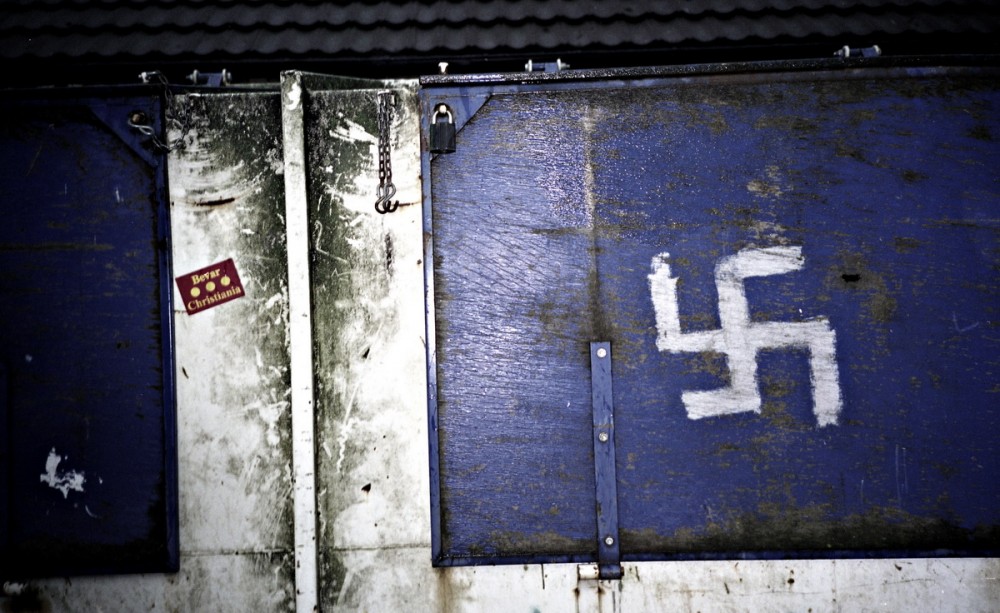